There’s a reason why you don’t hear about fires in the middle of the ocean–it’s because they’re rare. We mean, marine and fire aren’t two words that are normally used in the same sentence. But here we are.

Marine fires on ships, when they do happen, are typically sparked by:

Even though over 6,000 container ships sail the ocean every day, marine fire accidents aren’t very common. When they do occur, however, the results can be disastrous.

This week, we’re diving into the most infamous marine fires caused by containerships, plus how you can use boater safety tips to help keep your boat afloat. (*Wink* See what we did there?)

On November 11, 2002, a cargo container on a cargo ship‚ The Hanjin Pennsylvania, exploded off of the coast of Sri Lanka. The ship was transporting goods from Singapore to Germany.

The source of the explosion? Misdeclared containers aboard the vessels which stored fireworks. Four days after the initial blast, a second explosion rocked the over 200,000-ton boat.

The ship stayed afloat, but was declared a total loss until it was rebuilt and returned to working condition, then renamed the Norasia Bellatrix.

Tragically, two crew members were killed in the accident.

The Hyundai Fortune was carrying over 3,000 shipping containers when it was rocked by an explosion as it headed west in the Gulf of Aden. On March 21, 2006, an explosion launched containers overboard, sent debris five miles past the ship, and damaged ⅓ of the containers aboard.

To this day, the cause of the explosion is unknown. The damage to the ship was repaired and later returned to working condition.

Only one of the 27 crew members suffered non-life threatening injuries. 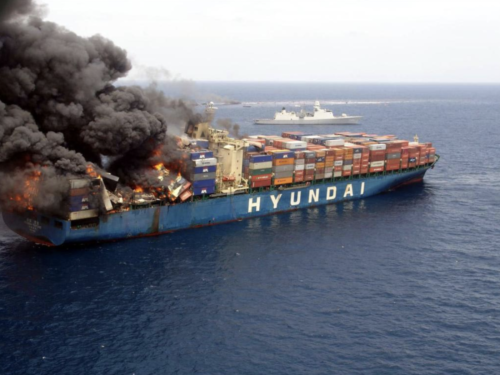 On a sunny day in July 2012, the German-flagged container ship the MSC was sailing across the North Atlantic when tragedy struck. This 12-year-old vessel  experienced a series of explosions and a major fire aboard during its journey from the U.S. to Belgium.

The 300-meter vessel burned for several weeks and severely damaged the vessel while also spouting toxic smoke into the air. The ship was not allowed refuge for months because it was deemed an environmental hazard.

Following the explosion, there was an uproar in the international maritime sector for a call to more action regarding maritime safety as well as new European Union guidelines for ships in distress.

Despite the immense damage the ship underwent, it was eventually repaired and returned to service the next year. 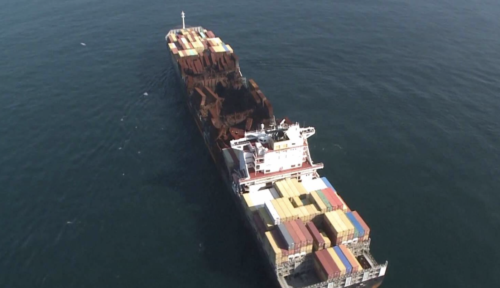 A few short years ago, the Maersk Honam was headed west of the Arabian Sea carrying over 7,000 containers to Egypt. This vessel, one of the largest of its kind, was deemed an Ultra Large Container Ship (ULCS).

Five crew members died in the incident and the source of the fire is still unknown due to the heavy damage. 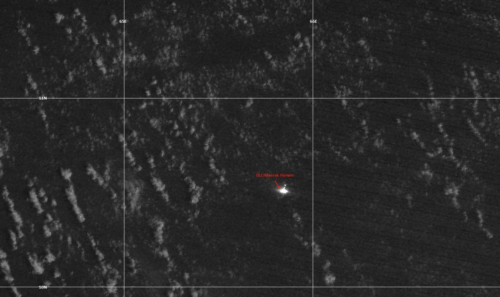 When it comes to fire protection, it’s always better to be safe than sorry. Don’t let the tragic incidents of the cargo ships happen to you and your crew! Here are a few tips to stay safe while at sea.

For more marine fire safety tips, read our article on boater safety: tips that will float your boat.

All photos courtesy of gCaptain.com.