Most people hear the word MIC and are brought back to either a cringy middle school talent show or a late karaoke night.

After reading this article, your second thoughts are going to be, “Oh, Microbiologically Influenced Corrosion.”

Microbiologically Influenced Corrosion (MIC) sounds scary—because it is. The tiny bacteria follow the process of attachment, growth, and dispersal. There are many reasons why preventing MIC is essential for fire and safety security services.

The quick process of MIC will cause massive damage to specific points in the surface, instead of universally and evenly throughout the surface. As a result, there are costly repairs that will set your business back.

The attachment phase needs to be targeted first in prevention. During the attachment phase, free-floating microbial bacteria anchor to a surface within minutes of the encounter and start to produce a polymer film.

The short time frame (of once again, minutes) doesn’t leave any room for mistakes in MIC prevention.

Fear not, because VFS is here to assist in showing that there are daily habits that you can take to avoid Microbiologically Influenced Corrosion.

There are a lot of scientific terms thrown into the paragraphs above, so you may be wondering: what’s the difference between MIC and general corrosion?

Well to sum it up, they’re both bad news.

General corrosion is less significant than MIC because it fails to alter a pipe’s interior surface, causes less damage and repair. While MIC targets concentrated surface areas at a greater force, general corrosion is an even layer, with a slower rate of disintegration.

Both types of corrosion can cause a lot of damage, but focusing on Microbiologically Influenced Corrosion prevention will help your business for the long haul.

WHY IS IT A THREAT?

Well, MIC is primarily an issue of corrosion in both dry and pre-action sprinkler systems.

Corrosion of any type (especially MIC), is a growing concern for anyone with commercial fire protection in place. The aftermath of corrosion is not pretty and a guaranteed out-of-pocket expense. Corrosion might result in:

Both dry and pre-action fire suppression systems primarily use compressed air. This, however, is what leads to corrosion. Compressed air is made of both oxygen and moisture. Trapped oxygen within the sprinkler system mixes with water, which reacts negatively with the material of the internal pipes—the perfect environment for MIC bacteria to thrive!

OKAY WE KNOW IT’S A PROBLEM… NOW WHAT?

There are various solutions to the scary “C-word” … aka corrosion. Some of the solutions are more intensive and expensive than others.

Chemical Injections can be included in regular system maintenance, but there are some potential side effects:

Pipe coatings are specifically designed to only work as an option for new construction.

Auto-Air relief valves are the most common solution to prevent MIC. There are multiple reasons they’re the crowd favorite:

Auto-Air Relief valves are reliable because air travels at the top of pipelines and rises in water, which helps maintain proper water pressure and consistent flow.

Automatic venting is a process that happens while the sprinkler system is being filled, where the air travels up and gets trapped. VFS has all of the knowledge and expertise to prolong the life cycle of your sprinkler system.

This all sounds scary, and not as fun as dropping the mic after karaoke.

But remember, that we’re here to help!

At VFS Fire & Security Services, we have over 20 years of experience protecting what matters: people, property, and businesses. We recognize that fire sprinkler corrosion is still a problem many property owners and building managers don’t suspect until it’s too late!

So, get your head start! At VFS, we’re here to help you develop and implement an effective strategy for all of your industrial fire protection needs. Keep your systems in tip-top shape and call us today to see what we can do for you! 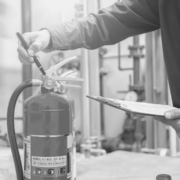 FIRE SAFETY INSPECTIONS FOR YOUR FACILITIES: YOUR COMPLETE GUIDE 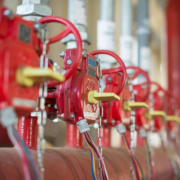 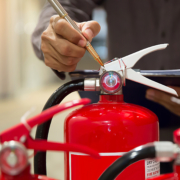 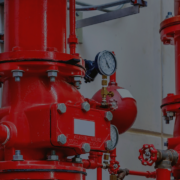 HOW SPRINKLER SYSTEMS CAN SAVE YOUR BUILDING 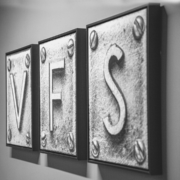 HOW SPRINKLER SYSTEMS CAN SAVE YOUR BUILDING Scroll to top

Because these cookies are strictly necessary to deliver the website, refuseing them will have impact how our site functions. You always can block or delete cookies by changing your browser settings and force blocking all cookies on this website. But this will always prompt you to accept/refuse cookies when revisiting our site.