On October 3, 2011, a chemical plant in Waxahachie, TX erupted in flames. Clouds of toxic smoke and rivers of fire came spewing out of the plant. No one was seriously injured in what officials said was a rare mishap. But should Waxahachie fire officials have done more to anticipate this kind of accident?  Could the fire have ever been contained once it got started?

According to Fire Officials, the chemical blending plant’s sprinkler system was old and possibly inadequate when Magnablend moved there in December 2008.  This was reported according to an article written by Brett Shipp on WFAA.com pubished on October 17, 2011.  The article also stated that according to fire department records, the plant’s sprinkler system has never been analyzed. The plant was inspected twice by the Waxahachie fire marshal — once when Magnablend moved in and again during a 30-minute walk-through in February of this year.

Apart from some blocked exits, the fire marshal said the plant “appeared to be in good condition and its housekeeping looked good.” Records also show that Magnablend’s sister plant — on the north end of town and a plant with even more dangerous chemicals than the one that that erupted in flames — has not been officially inspected by the Waxahachie Fire Department since June 2007.

The fire caused problems for the entire area around the facility.  Neighborhoods were evacuated, including Wedgeworth Elementary School, Navarro College at Waxahachie and the Solon Place Apartments.  In addition, U.S. 287 and Solon Road were closed.  The environmental impacts were also extreme.  There was a mixture of flammable liquid and petroleum products involved in the fire.  Emergency workers and firefighters had to put on protective suits to fight the fire and authorities urged those in immediate area to stay inside with their windows closed.

The actual financial impact of the fire is unknown at this time, but it’s estimated to be extremely high.   Just the cost to replace one of the fire engines that was lost will be approximately $1.8 million.

This example shows what can happen when simple measures such as regularly scheduled inspections don’t happen as required.  The result for Magnablend was that an entire facility was lost.  Thankfully, there was no loss of life but the loss to property was immense.

Don’t get caught in this same situation!  Contact VFS today to schedule an inspection of your system.  Our team of professionals will inspect your system and make recommendations to ensure that your facility is protected! 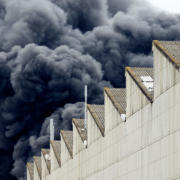 “RUN LIKE HELL” IS NOT A FIRE SAFETY PROTOCOL 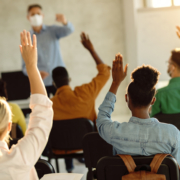 Back-to-School Already? Everything You Need to Know to Keep Your Students Safe on Campus 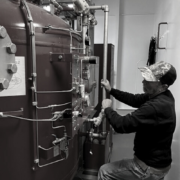 CHECK OUT WHAT OUR HOUSTON TEAM IS UP TO! 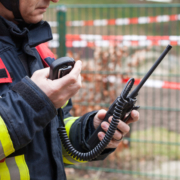 What is ERRCS/DAS, and how does it work? 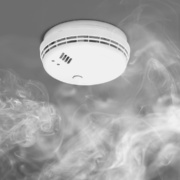 DO YOU HAVE A RELIABLE ALARM SYSTEM? 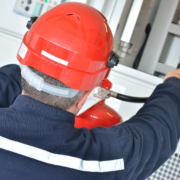 WHY DOES YOUR BUILDING NEED PREVENTATIVE MAINTENANCE?