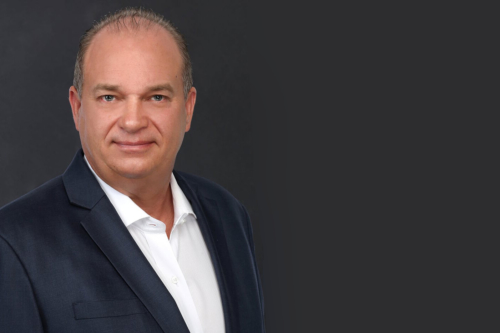 It is with great pleasure that we introduce the man who makes it all possible, our founder and CEO, Randy Nelson

Growing up a boy from Minnesota, Randy was raised on a farm in a family of 6 kids! Resources were tight and thus he worked several part-time jobs in between classes to pay for college. In 1984, Randy graduated with a Construction Engineering Degree and the US was coming out of a deep recession. Randy intended to use his degree to start his career working with General Contractors, however because of the recession they weren’t hiring. Therefore, Randy started his journey looking for alternative options and found fire protection!

In 1993, an opportunity of a lifetime came knocking and Randy acquired the assets of a well-known sprinkler company. This would soon become VFS Fire and Security Services as you know it today. What started as a couple of desks, chairs, and technicians has grown into a company of nearly 200 employees and multiple branches that continue to expand and evolve every day.

Randy has built this company on the foundational values of honesty and integrity. Company culture is at the forefront of everything he does, and it is palpable. He has built an environment that encourages high-quality balanced lives for all employees. Most people define success by what has been created, and it’s safe to say Randy has done just that. He has created jobs, opportunities, and a culture that is remarkable.
His willingness to undertake new and daring enterprises is abundantly reflected in the leaders that he’s chosen to support his vision. To understand his diligence and commitment to holistic success you only have to look as far as his favorite sayings- “time kills all deals,” and

“Procrastination of a good idea or opportunity will eventually dissipate into nothing, but an average idea executed well is infinitely better than the best idea in the world never implemented at all.”

Anyone who knows Randy knows he is a man of many talents and hobbies. He treasures time with his family, traveling, food, his sommelier-level wine collection, and cycling in Europe. His most recent venture has been learning to play the ukulele and we are optimistic that there’s a Hawaiian print shirt involved somewhere in that equation! In Randy’s eyes, time is the most precious resource. How you spend it and who you spend it with is more purposeful than anything. As he looks to the future, he hopes to spend that time with his family and his lovely wife Nancy (who he can hopefully impress with his newfound ukulele skills!)

Because these cookies are strictly necessary to deliver the website, refuseing them will have impact how our site functions. You always can block or delete cookies by changing your browser settings and force blocking all cookies on this website. But this will always prompt you to accept/refuse cookies when revisiting our site.